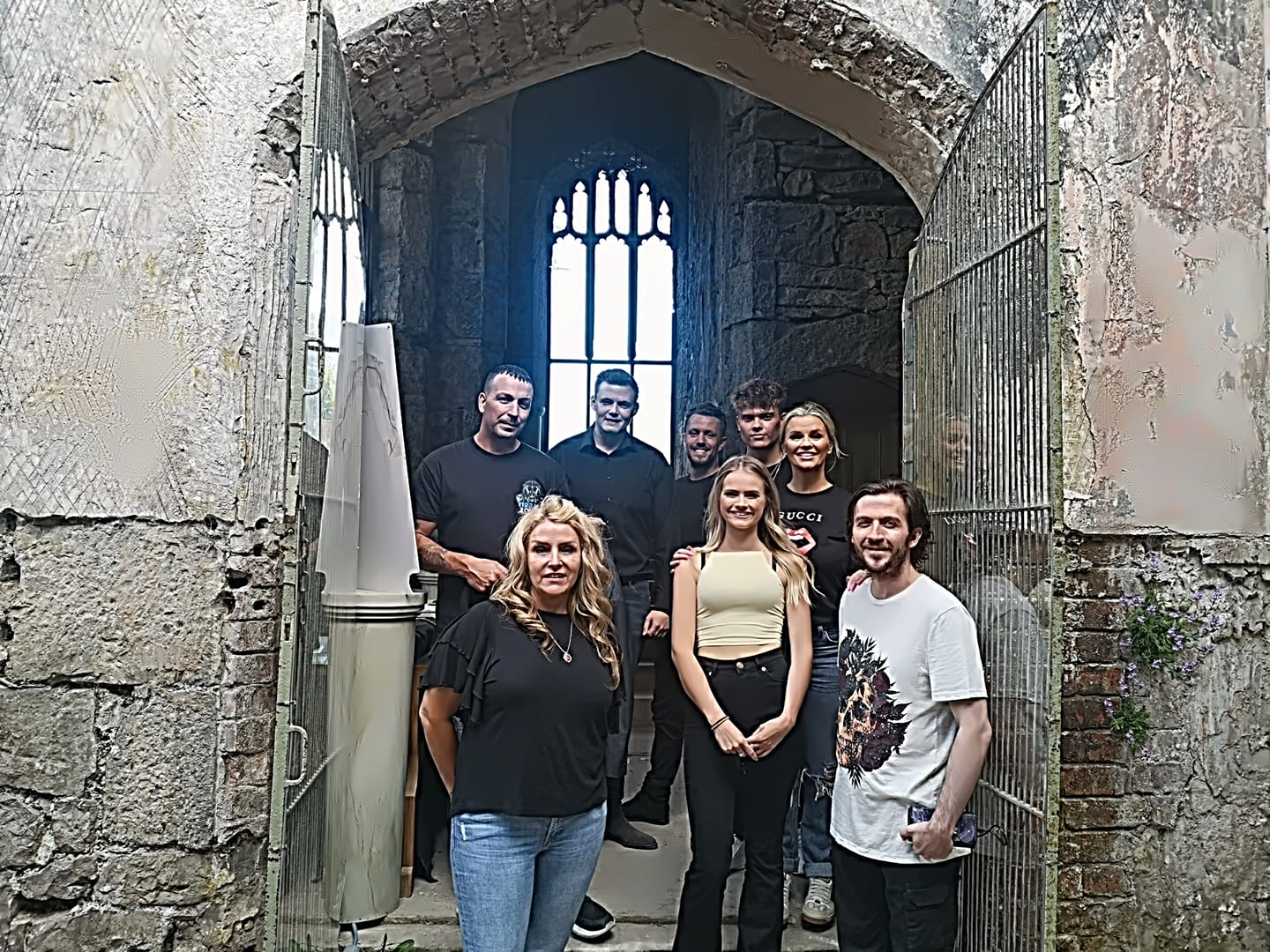 The first team of investigators to officially investigate the hauntings of the famous castle known as gwrych castle. AKA I’m a celebrity Castle. Watch all the action from different points of view when we took celebrity Kerry katona on a ghost hunt into the deepest and darkest areas of this historic haunted location.

On this investigation we had.

Here we are going to list all the videos to watch the investigation from all the different angels and perspectives.

Please go and give JAMES HIGGINS Psychic Medium A FOLLOW.

From all of us. We hope you enjoyed the night.

The question is WHERE NEXT 😉

30 East drive is claimed to be the UKs most terrifying poltergeist, We did 5 hours of LIVE streaming and here is what we, and YOU the viewers captured during this investigation. Is this the ghost of east drive?

Ghosts of Britain with Paranormal-x and Fearless afterlife encounters did an investigation at 30 east drive. here is our investigation and pictures what you fans and followers took during the investigation. thank you!

The investigation was very interesting we arrived for 6pm and we had a few hours spare till the advertised LIVE stream at 9. we fetched along an allegedly haunted doll called scarlet. We decided to go LIVE on our network so when its released on Tuesday 19/03/2019 you have some exclusive content on the network. but we was blown away with the amazing response of the evp’s we caught! we truly didn’t expect this to happen, be sure to join the network and see what we caught! but never the less.

at 9pm we went live at the time we said on the fan page. and yet again we seemed to have gotten some good responses on evp saying “IM IN CHARGE” and then mark smiths camera on his phone turned it self on and started taking pictures of the wall. all this was caught LIVE. on the second part of the investigation right here.

Mark smith from paranormal-x also had a very eventful investigation at the very end of his video. his phone turned on and said YOU HAVE SUMMONED ME.

Following Paranormal -X on the Ghost Hunting TV Talk Show, This will be the first LIVE STREAM Investigation for the TV talk show series,

What will happen on the show?

from The Paranormal State TV show, You do not want to miss this episode!! What can we learn today?? 🙂

Please share this post to be in with a shot, to win a Free Copy of paranormal Magazine Issue one “pdf”