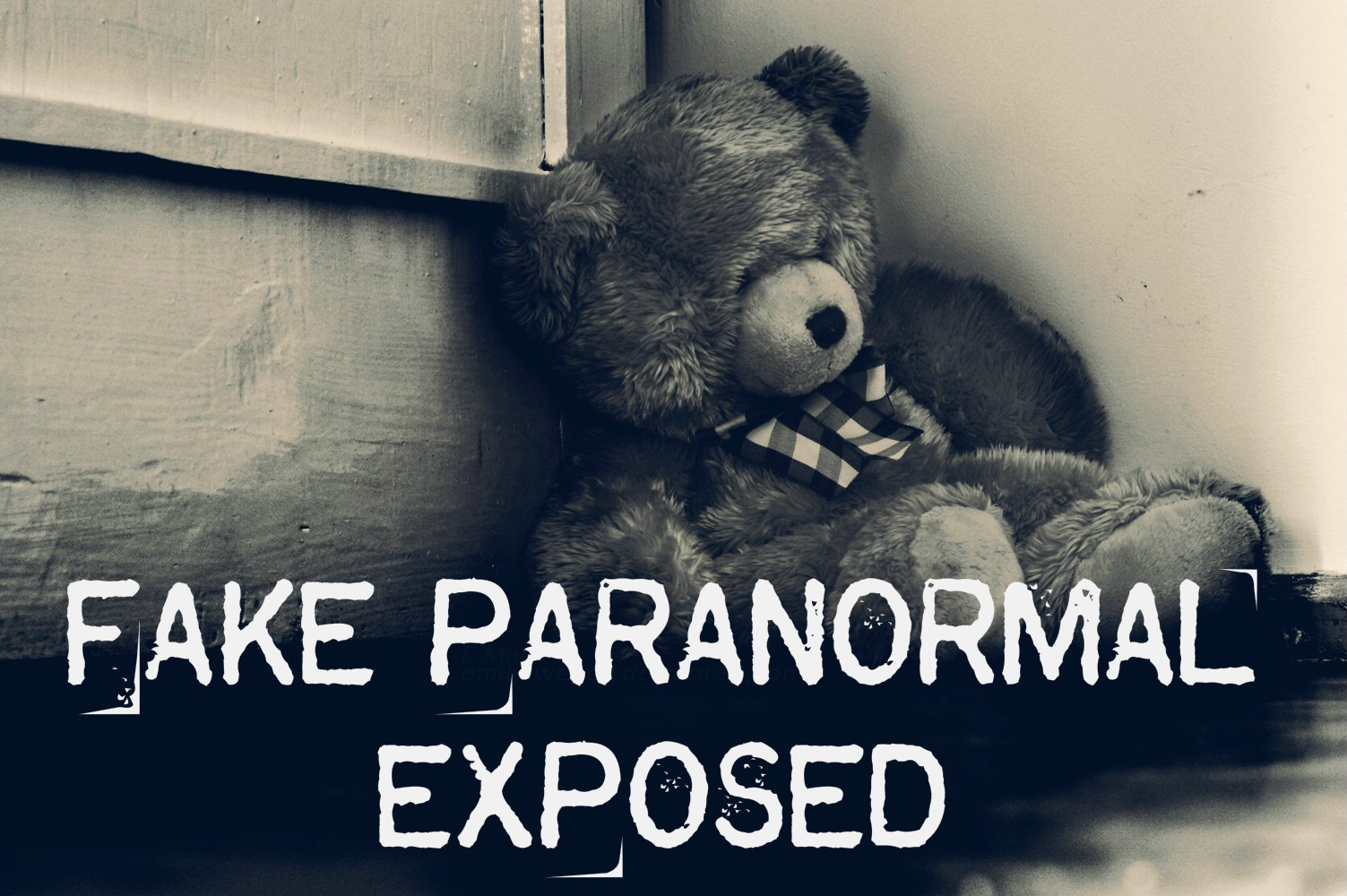 Here we have a paranormal video EXPOSED where the people who uploaded it LEFT A MISTAKE FOR US ALL TO SEE!!!

But who saw it?

So we all know youtube is the leading platform for videos, and loads of people have jumped onto youtube to make a quick buck by faking evidence of the paranormal.

Here we have 2 guys who are sleeping, and we are supposedly watching them on a CCTV camera with a time stamp, (which is very oddly position in an area where time stamps dont show) which shows date and time. Makes it believable right?

Not to me. its easy to fake a timestamp by overlaying a “time stamp video”

next the door opens very typical stuff to happen on these types of videos. moments later the guys legs lift up and they keep lifting up making it impossible for the guy to be doing it himself without help.

With watching this i knew how it was done. so i watched the video again to see if i could spot any mistake with the way it was done.

With a green screen suite which a person would wear. walk into the room grab the mans ankles and pulls them up. when he gets near to the top you will see the guys socks DISAPPEAR.  that is the mistake there.  the socks become see through which shows 2 pieces of footage was shot. 1 the room on its own. and 2 the footage of the man been pulled out of the bed. both footage are then merged and the hand which is grabbing the guys foot makes his foot disappear into thin air.

Please watch this video and leave your support. and dont forget to email us if you spot that anyone leaves a mistake! 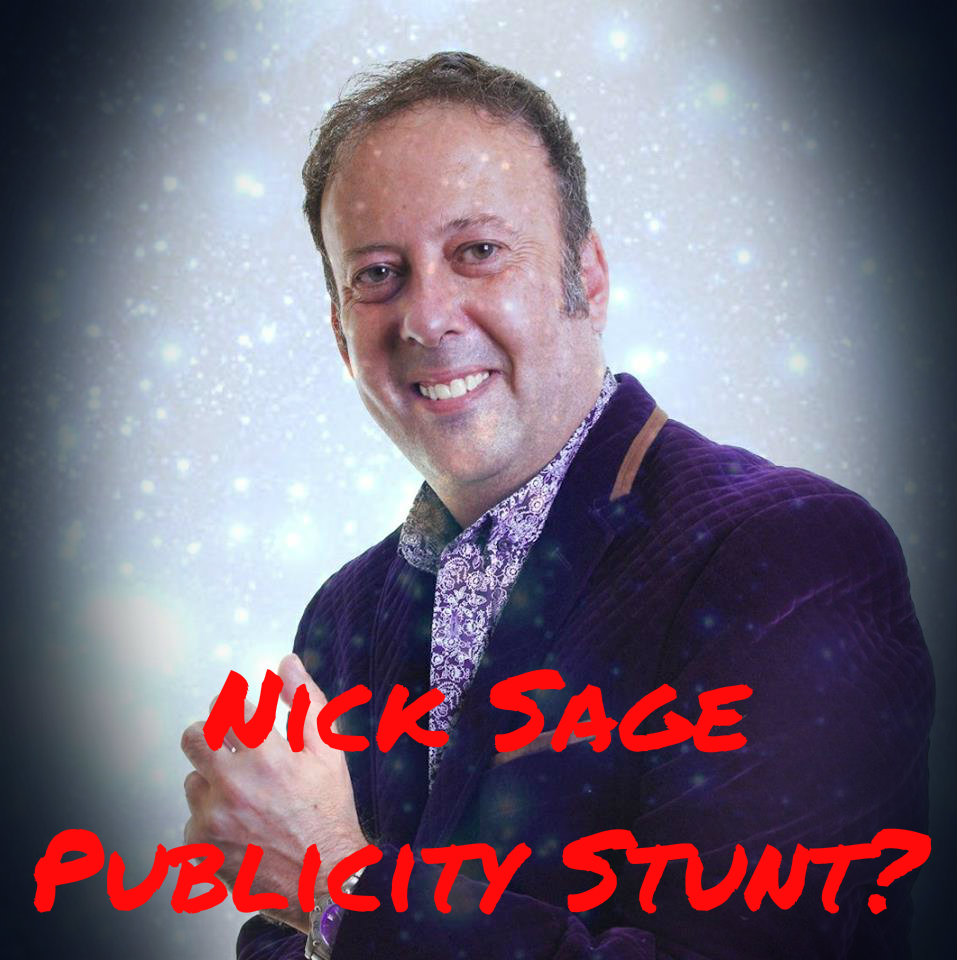 Nick sage psychic medium claims to have cleansed 30 east drive! This seems to have angered many within the paranormal field.  Is it real? or is it a publicity stunt?

The Pontefract poltergeist is a well known famous case, with books written about it and films even being. Weekly, this location is booked up by paranormal event company’s and paranormal research organisations.

Lets closely exam the posts to see if we can spot any indication on “the truth” to see if this was indeed a publicity stunt?

This sends makes the paranormal community go into a fit of rage, and sparks the debate of was it right or wrong?

Next statement is that he is banned from 30 east drive!

Next up he announces he will be LIVE, About the real story, East Drive. This is pretty cryptic because he doesn’t state hes going back but in the comments, he states “Medium Nick Sage Due to security, I can’t give the date but the filming will be in the Sumner”. This statement makes people think hes going back, when hes already stated hes banned.

The next statement is a classic.

He says the full story will be coming soon showing ‘a’ article on the sun newspaper front page. In the comments he states “Medium Nick Sage The Full article will be in May” but before on a post he said its going in the papers next week “Now its may!”

The next statement is actually nothing to do with east drive but it can be helped to understand whats going on here somewhat if we look at the bigger picture.

He does a live stream with “Annabelle the haunted doll”  which is pretty ironic the title!, obvious not the real Annabelle, but i think the wording of the video could be intentional to draw in the viewers…..

The next post is a free live psychic video readings, yet again another way to capture an audience and drum up PR for his fan page. Are we starting to see a pattern here?

Then one final statement about the clearance of 30 east drive.

So was this a publicity stunt.

If we bullet point the facts and misinformation he has posted it should be able to direct you to the answer.

All of the above are all publicity generating posts to get the spotlight.

there is no mention of this 30 east drive spirit clearance in ANY news paper or media outlet as of yet!

So is it a publicity stunt…it is seeming that way!

The spirit clearance could be a real attempt, but the media buzz seems all fake.

The next question is was it right to do a cleansing of a property he did not own? or get the consent to do.

I would like to start this by saying no one owns a spirit as their own, as science has yet to prove ghosts exist and that no one should play god on weather the spirit goes or stays within a private property.

When you enter a private property, you are expected to respect the client’s home, and their best wishes, no matter what the rules are.

His house his rules, disobeying any rules which causes any damage can be legal binding. 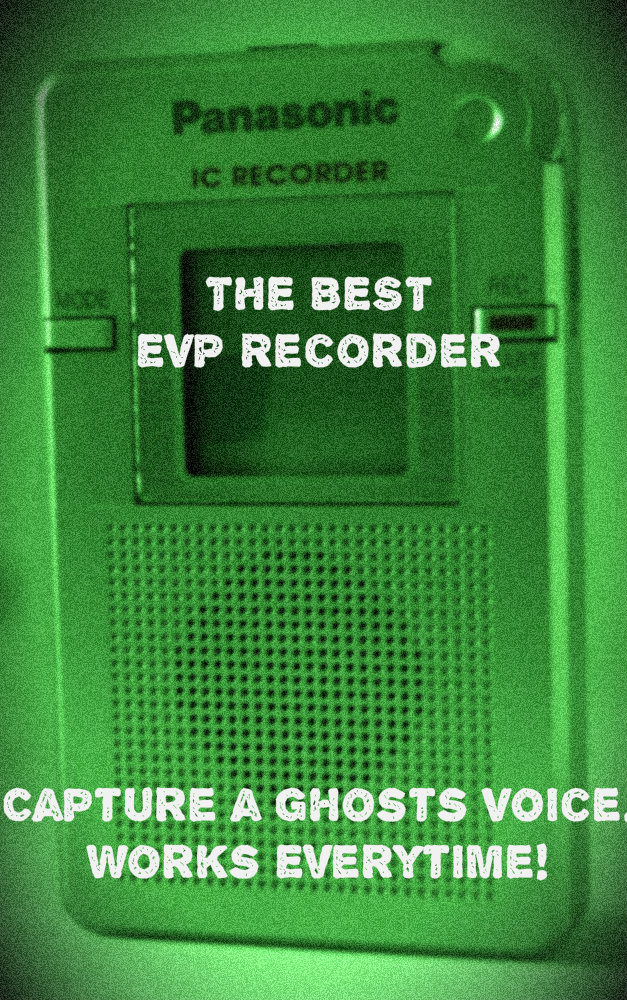 Well Sorry, i have baited you here with a false claim, “the best EVP Recorder – Records a ghosts / spirits voice every time”
Lets re phrase the title: The Broken EVP Recorder – Which Records its own Inner electronics every time without fail.

You will see people with this device called Panasonic RR-DR60.

People claim this device is the best, and captures real voices of the other side.

When used on every investigation it will pick up on spirits asking for HELP and growling down the mic..

However this isnt the case, the company Panasonic released a statement and recalled the product “DR-60” because people was complaining it was recording “SOUNDS” which shouldn’t be there.. Upon their investigation of the device, they deemed the device not fit for use, and asked everyone to return the device, for a newer model with an improved quality audio.

This device is possibly the biggest scam and con within the paranormal community with people selling this device for over £1000.00

Dont believe me? take a look…

a noisy electric circuit such as is found in the Panasonic RR-DR60 or in the loopback used in Video ITC. In fact, this is what we have found to be true.  http://rense.com/general33/americanassociationelect.htm

The Quality of the recorder is shockingly bad also.

The Freq Response (above300kHz) and the very low sampling rate (sub 8kHz), as well as known noise artifacts produced by the RR-DR60 make this a very hard sell for the prices demanded.  http://www.ghostvillage.com/ghostcommunity/index.php?showtopic=33026

Yet again the well known noise artifacts are brought up  to our attention as well as the quality of the recorder.  While there is someone talking there will be no evps over your voice but ONLY when you are not talking wait….

Lets dig something else up.

Experience is showing that a microphone is only important to introduce additional noise if the noise generated internally by the recorder is not useful for voice formation.

The Panasonic RR-DR60 produces this kind of noise internally,

There is a few quotes by the company and some people who investigated the claims. It is well DOCUMENTED that this device creates its own WHITE NOISE. and inner circuit which then people say its a ghost.

Now the sick thing is some people are well aware of this.. not all.. but alot..and know that this device is infact faulty and broken.. to con their audience in believing that they have indeed caught spirit communication or to sell to the public making 100s if not 1000s of pounds. SICK.

For the fresh people coming into the field they will see these records on “ghost hunts, Paranormal youtube series, and even on TV…” and of course on ebay… SO BE AWARE.. dont be conned.. Do not BUY A BROKEN RECORDER…… and if you see someone use this point out that.. HEY… that was recalled by Panasonic because it records its own electronics.. the chances are.. they will already know that.

Today’s exposure is in the equipment market of the paranormal community..

much of today’s equipment is actually really simple to make, and this device today is extremely simple and cheap to do it yourself..  This is how much you would be paying from a paranormal ghost hunting shop

But before i do that, i want to put out a statement i actually blanked out the company’s logo who made this device, although i dont agree with this devices price, i do however like some of the equipment this company has got, i have some of it myself and i like it, “not saying it detects ghosts”  Hell i dont even believe in ghosts… also this company doesn’t list this item no more on their website but it is found else where. But..  no equipment out there is 100% designed to detect a ghost because we haven’t scientifically proven ghosts to exists so its impossible to make any piece of equipment which does indeed contact something we haven’t even proven exists yet…  all equipment out there is used based upon peoples beliefs and theory’s .

Back onto the device in question now! How do you make this unit then? SIMPLE…

You get everything you need just about from that link, only thing missing now is a CASE, and Battery’s

Below is a link to a simple black ABS Project Box. £5.90 “the first one i found”  This Should be big enough to stand on top of the Battery Box, Length ways, Stick down “2 Censors” One at each end of the Box, and Add the Display on the top of the box.

So there you have it! a simple little device, i hope this saves you money this xmas 🙂

UPDATE: Jeromy Jones contacted the magazine, with some more points of view, we feel are indeed worth sharing.

Being the owner of the company I can speak about this. What is not obvious is that we are adjust the internals of each sensor individually so they work in a small area. I was the first to use the sensors for the Paranormal and can tell you it has brought some interesting results. The comment is correct ultrasonic sensors should only detect solid objects but my results have shown otherwise. I have videos posted all over showing intelligent responses with the Paramid. What you are paying for is the design the calibration and the idea. Yeah you can go buy yourself a project box and throw it in there but you won’t get the same results and design is very important to me so that would look hideous.

I could buld the Paramid with arduino, two sensors a display and some minor electronics, however that would mean the price would double or triple in price. By using a simple backup sensor kit like you’ve shown above and doing some minor modifications to the transducer controllers and adding some resistors I can bring it to the public for much cheaper. It’s not as easy as just popping the kit in a plastic box and adding a battery. If you don’t take account in the amount of time it took me to test the system and get results and adjustments, or design time, there’s still 6 hours to print the unit, then hardware all the electronics instead of just plugging the kit in, your looking at about a 7 hour build time. For those that can’t build there own equipment, in my opinion, the price for the designs and functionality are fair. While we are located in the US, we do have a lot of friends outside the US and are proud to ship to them. While I understand the point of the article, I just want to make sure your readers understand what goes on behind the scenes.
Thanks again
-Jeromy Jones
President
Paranologies