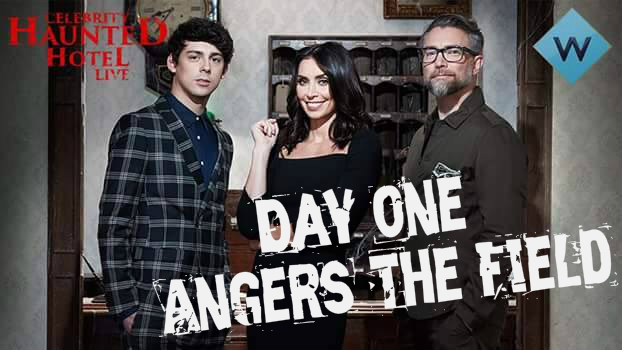 Article is written based off viewer responses of the launch of the new tv show Celebrity Haunted Hotel Live.

So day one the launch where you will expect them to make a big impact on the show, to IMPRESS the viewers, it seems the producer or CELEBRITY had something else in mind, people explode to facebook to show their frustration based on justins actions

So what did justin do?

SHAME HITS THE FIELD… So clear evidence of this celebrity throwing objects, which does spoil it for The Viewers, For the Field, for the real researches and also for the crew who was picked to be apart of the show “the experts”

How can anyone take this show serious, Maybe we was not meant to in the first place.. Day one will have a dramatic impact on day Two, maybe the produces should have put someone more serious and more up for the challenge of the paranormal

It will be interesting to see how the investigators handle the cold harsh news before day 2 –  alot of emotions will be running wild.

but i think we all need to realise these people are not to blame, if i was in that lineup of people i wouldn’t be returning the next day..

on the channels discussion page on facebook i failed to see one good feedback comment, i counted 25 negative in a row and then i decided to stop counting see for yourself

What will day TWO bring? We will Be watching the social response to the show.

1 thought on “Celebrity Haunted Hotel Live -Day ONE – Angers The Field – Stitched Up.”