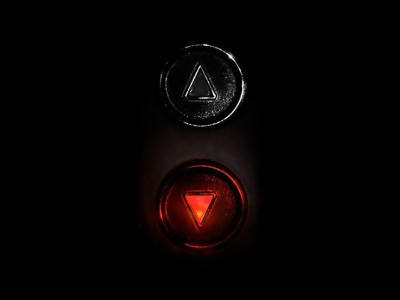 The first time of hearing about this ritual was on a paranormal documentary previously to this I had never heard of such a ritual but decided to have a look into it.

The only information that I can find where its origins come from is Japan, china and Korea and is practiced throughout the culture as some kind of ritual to the otherside.

So the theory behind is that by following the instructions it allows you to go from our realm into anothet dimensional plane via a simple numerical code that you put into the elevator key pad….Yes it all sounds abit crackers but from researching it is highly believed by some that this actually works and has been linked to Elisa Lam case. Elisa Lam was a young women whos body was found in a hotels water tank. Elisa had been staying at the hotel on her travels when the morning she was due to check out she never did. A missing person’s report went out and the search for Elisa started. People staying at the hotel started reporting the water to be dark in colour and tasted funny. The hotel management went to check the water to find Elisa’s body in it. Her death was ruled an accidental drowning by the coroner, through surveilance video from the hotel’s elevator shown Elisa acting rather oddly. This then sparked conspiracy theories about the incident.

Below is the link to the CCTV footage, of course there is many speculations to what actually occurred, many more logical, but this is one of the theories that i thought was interesting and something i had never heard of.

Of Course many say it is a load of tosh and it is often referred to on the same par as the game “bloody Mary”.

Yourself, 1 building, at least 10 stories high, with an elevator. All three of these conditions must be met in order for the game to go any further.

– Enter your chosen building and get into the elevator on the first floor alone. Do not proceed if anyone else is in the elevator with you.

– Press the button for the fourth floor.

– When the elevator reaches the fourth floor, do not get out. Instead, remain in the elevator and press the button for the second floor.

– When you reach the second floor,remain in the elevator and press the button for the sixth floor.

– When you reach the sixth floor,remain in the elevator and press the button for the second floor.

– When you reach the second floor,remain in the elevator and press the button for the tenth floor.

– When you reach the tenth floor,remain in the elevator and press the button for the fifth floor.

– When you reach the fifth floor, a young woman may enter the elevator. Do not look at her; do not speak to her. She is not what she seems.

– You will know whether you have arrived at the Otherworld by one indication, and one indication only: The only person present in it is you.

If you chose to stay on the elevator at the tenth floor:

– Press the button for the first floor. If it doesn’t work, keep pressing it until it finally does.

– When the elevator reaches the first floor, exit as soon as the doors open. Do not look back. Do not speak.

If you choose to exit the elevator at the 10th floor:

– You must use the same elevator to return as the one in which you arrived.

– When you enter the elevator, press the buttons in the same order you did in steps 2 through 8 of Venturing Out. You should finish at the fifth floor.

– Should you reach the Otherworld, the floor onto which you will emerge will look almost identical to the one from your own world, save for two things: All the lights will be off, and the only thing you will be able to see from the windows is a red cross in the distance.

– Some say that electronic devices for example mobile phones, cameras, MP3 players etc don’t work in the Otherworld but others say they do.

-.Getting back to your own world may be more difficult than it seems. You may become disoriented and forget which elevator which you arrived in. The elevator may seem to get further and further away from you as you walk towards and so on. Be vigilant, and keep your wits about you.

– If at any point during the ritual you faint, pass out, or otherwise lose consciousness, you will likely wake up in your own home. However, be sure to carefully examine your surroundings upon waking, the “home” to which you have been returned may not be the one you left when you first set out to attempt this ritual.

Concerning the Woman on the Fifth Floor:

Do NOT speak to her.

Do NOT look at her.

If you do, she may decide to keep you for her own.

Upon looking through peoples accounts of trying this out, people have reported feeling or experiencing something happening to them and some even reporting something following them home!

I must say however tempting it may seem to try, I actually wouldnt just incase, It may be one for our Sceptic LEE STEER to do.