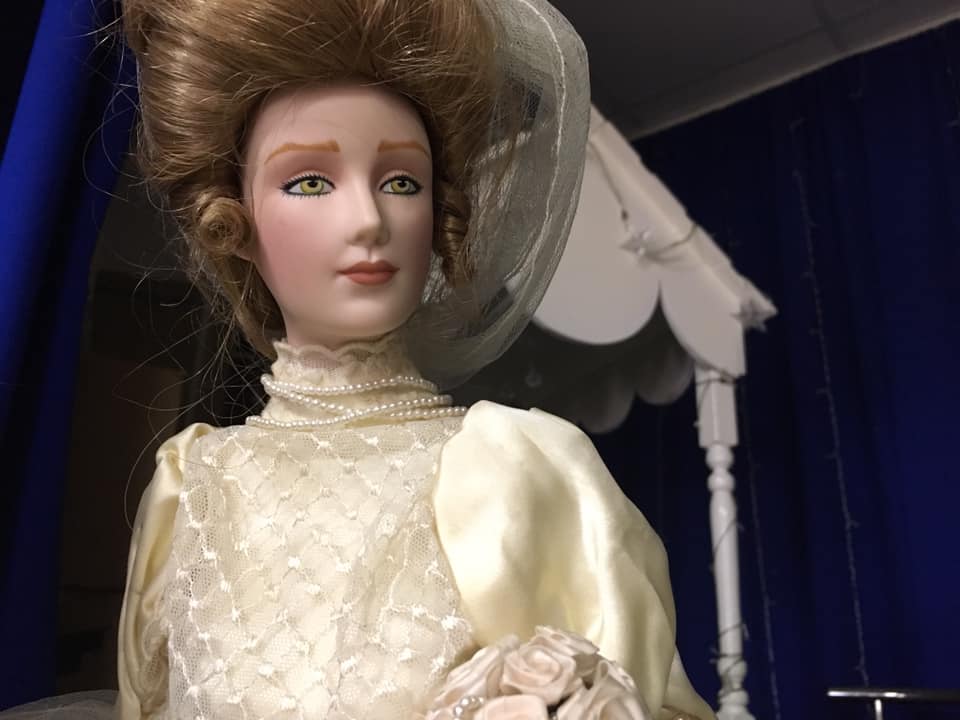 The Haunted Objects Museum is the UKs first and only travelling museum of haunted objects and it will be coming to Bishopthorpe Sports & Social Club, 12 main street, York, on 6th April, giving people the chance to come face to face with these scary paranormal items and even witness a ghost communication session.

Some of the top items to make an appearance at YORK are:

The Bridal Doll.  appeared on ITV THIS MORNING 3 times. all national news papers, Lad bible and and USA NEWS, Australian News. The most expensive haunted item to ever sell in auction in the UK, sets off smoke alarms, gives you nightmares, puts itching feeling’s on people, said to scratch married men, move objects around her, effect lights and much more.

Believed to be a Cursed Painting that causes fires, and survives the fire leaving only the picture left within the house. many reports of BAD luck. people look at this item like an Ouija board, with caution!

A famous painting of a US senators daughter who lost her life, while playing with a ball on some stairs, it is said her spirit follows the picture, and you can hear her ball bounce, and giggles. more seriously people have been fixed on the picture and levitated in the air, however this picture we have has a more sinister twist to it!

a painting commissioned to appear in a film “finders keepers 2018” which was taken place at revesby abbey never got used in the film because it made the actors and crew feel very strange, it has been known to move objects within proximity of the picture. the picture has also been known to move by it self! one of the most freakiest paintings you will ever see and experience!

mostly known as a Jinn, believed to be the first ever spirit on this planet, in Arab culture its believed that these are nasty spirits who trick and lie, they are described similar to the devil. this sacred holder would have been worn by a leader and he would feel this would give him an edge over his enemy’s.

The event will hold a demonstration of the items history and haunting’s with a night of mediumship included half way through the event by Mark Smith – PXTV.

The Haunted museum of over 20+ Objects cannot wait to meet you and share with your their stories.