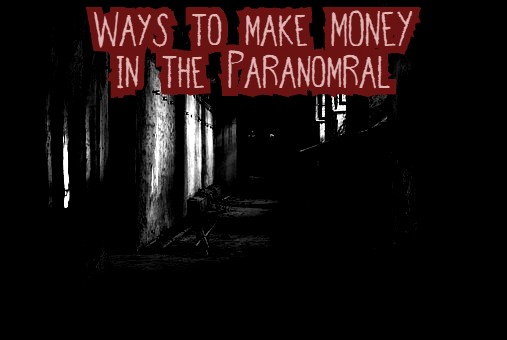 If you are going to attack someone for making money then, really you shouldn’t support anyone using the following ways to make money in the paranormal field:

Youtube – the most popular of them all and free to watch content, however the up-loader gets paid for ads / advertising space, if they are lucky and have good editing skills and delivery value content then, its very easy to make it in the YouTube world.

Super Chat / Youtube – another reason why people prefer YOUTUBE over Facebook is SUPERCHAT. this is a very smart tool brought by youtube to keep people creating LIVE content on their platform. This allows the watcher to donate X amount of money to the video creator. | and been honest here most para groups and teams use YOUTUBE for this reason… “which is not a bad reason” its a welcome gesture to support you as content creators.

PRIVATE CLUBS – (Website based) – Private clubs in the paranormal field is nothing new. in fact its a very old way of a company or group to earn money. you pay X amount to be in the private area to get all the inside info, facts, and news of their own group.,

Go Fund Me – is a website setup to help any who needs help with their passion, hobbies or disaster, this is a donation page, where anyone can send money to you to help your cause. this one gets people a bit mad. but i dont see why, its all optional and voluntary and its been around for a long time. many people in the paranormal use it.

PARANORMAL/ Demonology /Development Courses – Now days its common for people to search up paranormal courses, and there is alot to choose from. from all different persons and teams. There is no official government body on these courses, its all based on someones views, and research.

AMAZON PRIME – This one requires some good video skills, and rules and regulations to submit your videos for prime. you earn X amount per hour streamed. “TIP” if you dont already have a good following on social media i wouldn’t recommend this”

Psychic Medium Nights – This one is self explanations, mediums charge to do a night of medium ship

Paranormal Conventions – This is where the public pay to enter a place where there is loads of people from the paranormal community, like TV Shows, authors, and paranormal investigators doing talks, and holding stalls promoting their goods and services.

Magazines – People produce magazines that are free & some charge, Creators can sell advertising space, and sell their books in a print edition.

Youtube Paid Subscriptions – This is a ability not used much as the criteria is very high to unlock it. 100.000 Subscribers to unlock – Viewers pay x amount of money each month to watch content on your YouTube channel.

Apps – People develop apps and publish them to google play FREE or Paid, with ads which earn x amount of money per 1000s views

Ghost Hunting Equipment – People develop equipment which can be used in the field for ghost hunters to purchase.

Before i start to talk about the new changes coming to Facebook. its a common fact that people dont like change, and no matter what you do people will not like every move you make when it comes to making money. But if you support anyone who does the following listed above then its very hypocritical to not support content creators on Facebook.

We all know for private teams its very hard to go out there and investigate, as all the big locations cost an arm and a leg, and as much as people want to self fund their hobby its not realistic to get far. all your big teams and groups get help some way or another to BETTER the production of what they are doing. just like all of the above. everything is optional, and justifiable.

And here is the Facebook game changer, which will see the community supporting those who people enjoy watching!

PAID Subscription Groups (Still in beta) – New feature coming to Facebook is PAID subscriptions, The criteria to enter is yet to be announced. however invites are sent for more people to BETA test this product. A member pays X amount of money to be in you Exclusive Group.

Fan Subscriptions (Still in beta) This feature is more rolled out, but still in beta test mode, this is where people can subscribe to your fan page for x amount of money to see HIDDEN content EXCLUSIVE to subscribers on your fan page.

Trust me when i say this is a game changer and you will start to see people leave the other platforms listed above to work on Facebook. its a well known fact that IN PLATFORM products preform best. So for example. Facebook Fan page. Driving people to patreon. Will have a less conversion rate then. FACEBOOK Fan page to FACEBOOK Fan Subscription. The conversion rate will be MUCH higher, because its all in the facebook platform.

THERE is nothing wrong with any of the listed in this article, its a way for people to get buy and better them selves on what they produce to you.