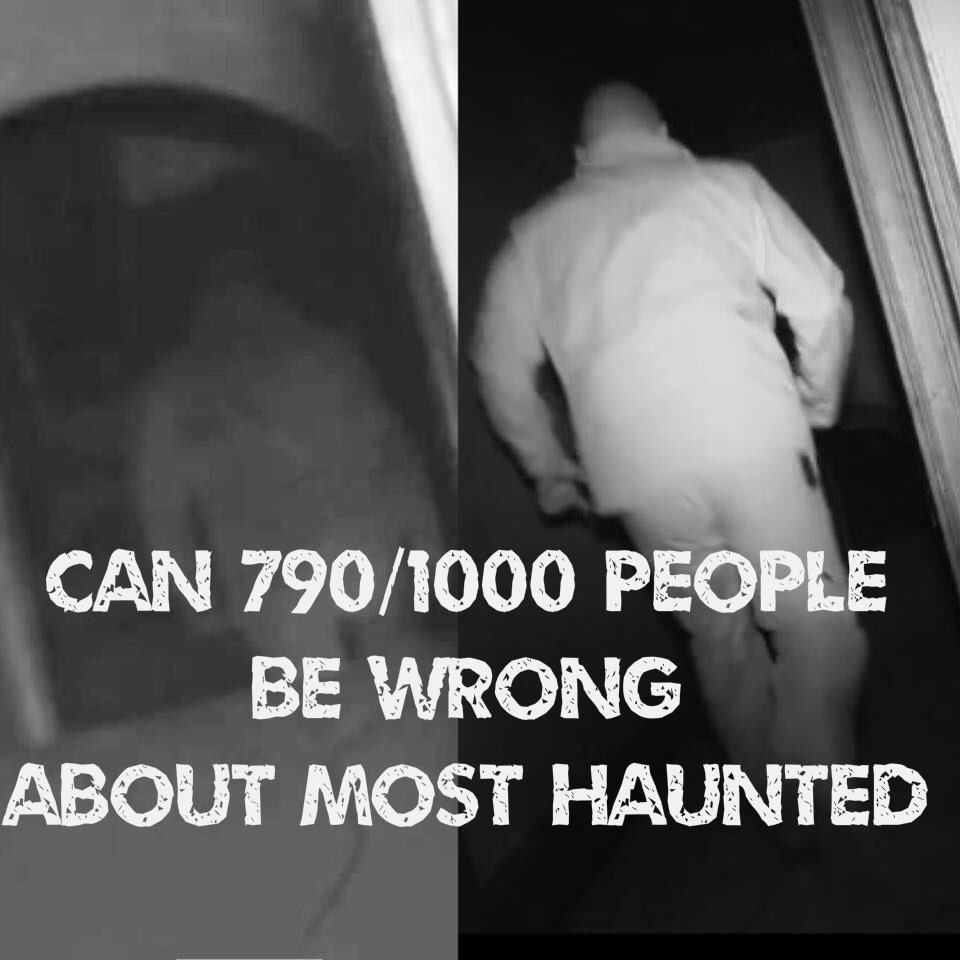 Is 790 people wrong about most haunted been fake? (Statistics revealed) Most haunted the most successful UK tv show which lives in the stone age, but people love it. or do they?

People have the right to express their opinion on matters such as if they feel something if fabricated, with this tv show. it is widely watched by ghost hunters / paranormal investigators and people who are not in the field.

There is loads of evidence out there today which sways in favour that most haunted seems fake, just a simple google search or youtube search “most haunted fake” and you will be presented with such evidence.

The Paranormal Community – Alot say in the field that it is faked in their opinion, and they just accept it for what it is. A fun show not to be taken serious, they get something happening every time, and even the ghost hunting company’s know it isn’t like that.

but without most haunted we possibly wouldn’t have the interest today we have of the paranormal.

We decided to ask the question do we think its real or fake and out of 1000 people.

I predict within the vote most of the paranormal community said fake. and the real votes i guess to be mainly people who are not active in the field who just watch most haunted on their tv screens.

Some comments posted about most haunted on the vote.

Karen Louise Crosskey I’ve just watched one, where the TV goes on and off but you can clearly see Karl holding something in his hand, pointing it at the TV and it isn’t a torch and it only happens when he moves back to the bathroom, if it wasn’t fake why don’t they show Karl when it happens. Most Haunted is FAKE and I’m a true believer in ghosts. Google , Is most Haunted fake and see what comes up !!!

Steve Archibald I watch it because I enjoy it, don’t care whether it’s either. Too much drama in the world already without bitching about a TV show

Christine Wright Having been part of most haunted on two occasions now…and the spin off girls aloud…I am sorry to say its an entertainment program for tv .. if nothing happened they would not have an audience for long….

4 thoughts on “Can 790 People Be Wrong About Most Haunted Been FAKE?”