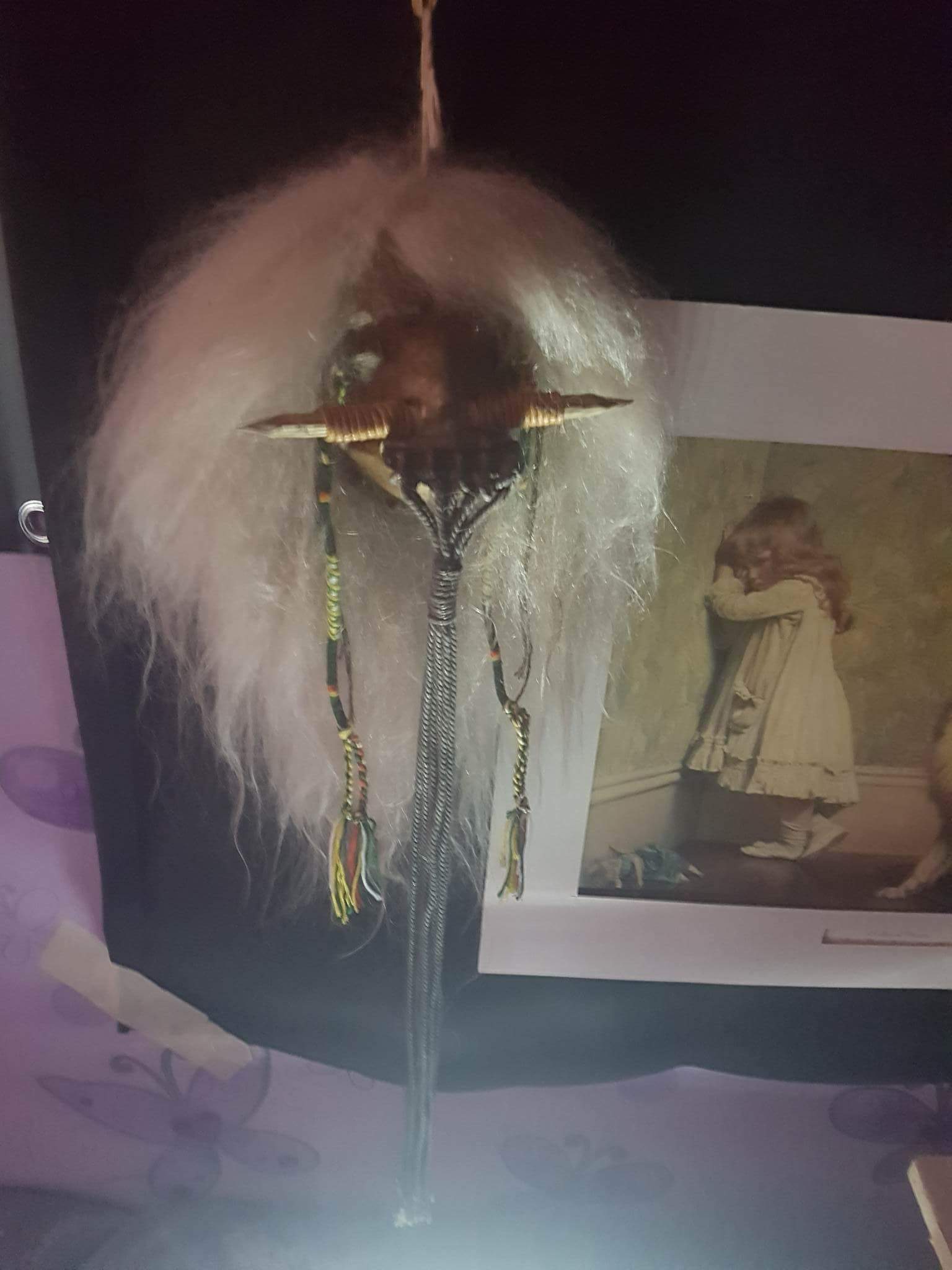 Has many of you know, we have been collecting alleged haunted items over the past few months, which has resulted in us having our own haunted musuem.

Recently we have teamed up with Phil and John Williams of Red Ridge Paranormal and formed Project Paranormal Yorkshire Diverson.

Red Ridge Paranormal have their own collection of items and have placed these into what they have named the Curiosity Corner.

As we have teamed up to form Project Paranormal Yorkshire we have decided to add to the corner. These items could hold energy, they are rare items and items that are of interest.

So has we add to the corner we will be doing a brief history of the items added.

Headhunting is something that many cultures all over the world have practiced. Many cultures displayed heads of their dead enemies around their waists, on sticks as a word of warning to oncoming enemies and used them also to represant a gathering of celebration.

Despite headhunting not being a uncommon practice to many, the shrinking of a human head is one that was unique to the Jivaro Indians of Ecuador and Peru.

How was it done

– The head would be removed at battle by cutting the skin at the extreme base of the neck, just above the clavicles and in a ‘v’ shape at the point between the nipples.

– A hair band or vine would then be fed through the open mouth allowing the warrior to carry it home.

– A incision would be made up the back of the neck in order to peel the flesh from the skull.

– The skull would be then removed and thrown away.

– Red seeds are places in the eyes and they are sewn shut and the mouth closed by passing small, sharp palm pegs through the lips.

– The skin would then be boiled and left to simmer for about an hour to two hours. The timing of this had to be just right as too short of a time would result in the head not shrinking properly, while leaving the head too long would cause the hair remaining to fall out. When this processed was finished the head would be reduced by two thirds of its orginal size and would have a rubbery texture to it.

– The skin was then turned inside out and any remaining flesh scraped away.

– The head would be dried to continue it to shrink, small rocks heated were used to fill the head and when the head became too small for the stones, heated sand was used instead. Heated rocks would be placed outside the head to maintain the features. This process could last up to several days.

– The Pegs through the lips were then removed and replaced with dangling cotton cords, Ash would be rubbed into the skin and then the head would be hung over a fire to allow it to dry and hardened.

– The head would then be attached to a cord through the scalp and then the warrior would be able to place it around their neck.

– A celebration and feast where the warrior would wear the shrunken heads would then be held.

So why did they do this…What was the belief behind it? well Jivaro warfare was motivated by revenge, rather then territorial. Raids on enemy settlements were performed to avenge slain relatives. Headhunting was thought to appease the spirits of slain ancestors. It was believed that by shrinking the head, it would paralyze the spirit of their enemy and prevent any revenage. It was also believed that it would allow the victims strength to be passed on to those who had killed them.

By the 19th century, tales of the Shrunken heads reached western cultures, which created a demand for them as a morbid curiosity. Of course during this time the shrinking of heads was banned but the Jivaro tradition continued and today replicas of shrunken heads are made. These are clearly marked as replicas and are made from animal products.

Below is a shrunkened head we have purchased from a antiques shop, we have added it to the corner……. on asking where it has came from the owners stated it had come from the Jivaro Tribe and it would have been used to hang up around the village to warn others of what may happen if attacked. Believed to be made of a animal product.

Even though banned, real shrunken heads are still available to buy as seen by the current advertisement in the Ripley’s Believe it or Not Catalogue.